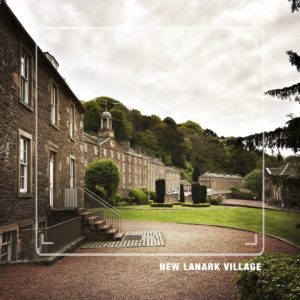 Itinerary: This is a typical itinerary for our New Lanark Day Trip.

Our first stop on our New Lanark day trip can be found only a short drive from either Glasgow or Edinburgh, and is the home of the coveted Old Church of St Kentigern. The intriguing ruins of this historically important medieval chapel are believed to be the site of legendary knight William Wallace’s marriage to his wife Marion Braidfute in the 13th century. The surrounding cemetery serves as a burial ground for many Covenanters; a nationally important movement with ties to the Wars of the Three Kingdoms. Hear more about William, his family roots in Lanark, and their connection to the Covenanters in a landscape that changed the face of Scotland forever.

The legend of William Wallace, his life, death and marriage, began between the now ruined walls of the Old Church of St Kentigern; our first stop! 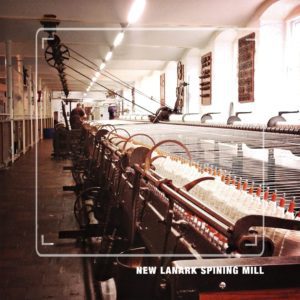 Scotland has been recognised for years as the home of world-leading textile production; none so evident than at the UNESCO New Lanark Mill. Founded by Scottish industrialist David Dale in 1786, the mill played host a nouveau socialist experiment into urban planning at the hands of his son-in-law Robert Owen, who greatly improved the conditions and social lifestyle of the mill; providing housing, schools and healthcare for the workers there.

Exploring New Lanark is like stepping into a time machine, with the site’s protected status perfectly preserving much of the factory, homes and infrastructure implemented in Robert Owen’s utopian vision. An insight into the full force of Victorian industrialisation has never been so clear!

Scotland was the powerhouse of the Industrial Revolution; an era made iconic by a wave of new ideologies – none more prevalent than the factories of New Lanark. 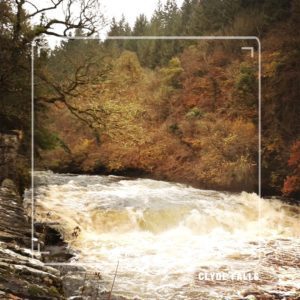 You didn’t think of visiting Scotland without stopping over at a waterfall did you? Being TRIPorganiser, we’ve naturally brought you to the best! The Falls of Clyde are actually a collection of waterfall’s, or linns as we call them here in Scotland. Corra Linn is the highest, measuring an impressive 84 feet high, and when it’s at full spate, sends the sound of mother nature crashing across the landscape. Despite this, the falls are an incredibly peaceful place, and also stunningly beautiful too!

The Falls of Clyde are actually part of a wider park called the Clyde Valley Woodlands National Nature Reserve, which serves as the ideal habitat for Scottish wildlife, and if you’re lucky and have your eyes peeled, you could come face to face badgers, roe deer, otters, kingfishers and over 100 native species of birds; including a beautiful pair of peregrine falcons. However, in October 2011, an extremely rare pine marten was spotted inside the reserve, so that’s what we’re on the hunt for every time we visit!

If you’re looking for a unique insight into Scottish flora and fauna, you’re going to love this stop!

The Falls of Clyde are an impressive collection of waterfalls inside one of Scotland’s most coveted nature reserves. Have your cameras at the ready!

As the undisputed home of the world’s best whisky, touring Scotland’s many famous distilleries is an adventure definitely worth toasting!